Our strategy in times of coronavirus

We will not be infected! How the coronavirus influences our strategy

Due to current events, we would like to share our thoughts, strategies, and tips in connection with our investments and the coronavirus.

First of all, we would like to point out our risk management philosophy:

The situation has now changed drastically within a short period of time due to the rapid increase in new cases in South Korea and Italy, and the risk of a global spread has currently increased significantly again.the fundamental effects on our portfolio companies will vary depending on the market and industry. On the one hand, our Chinese companies are playing an extremely important role due to their activities in the field of e-commerce, as digital platforms or as cloud service providers in order to satisfy the necessities of life in affected regions and to counteract the restrictions in everyday life in China. On the other hand, we see medium-term risks in aviation, for example, as well as operating risks for our industrial companies with global supply chains.

Fiat Chrysler announced in mid-February that it would temporarily close a factory in Serbia because important electronic components in the Fiat 500L could not be delivered from China. Although the plant plays a reduced role in the overall result, the incident demonstrates the dependence of production on a functioning global supply chain and possible effects in the event of short-term bottlenecks.

In addition to Fiat Chrysler, we see operating risks at our automotive supplier Linamar, the chemicals group Chemours, and the engine manufacturer Rolls Royce (even though the engines and components are largely manufactured in Europe, the company is equally dependent on the supply chain of Boeing and Airbus as a supplier to them).

In our opinion, significant operational and macroeconomic risks are already taken into account in the current assessment of all the above-mentioned companies. We continue to see an attractive risk ratio for long-term investors who have the patience and courage to survive this phase.

While the shifts in share prices may have short-term economic effects, we do not anticipate any permanent problems at our companies – we continue to see the unchanged potential for value growth in the long term. As always, share prices may temporarily paint a different picture of reality, but it is precisely in such a phase that it is important to remain calm.

We remain true to our long-term and quality-oriented investment strategy and will continue to be almost fully invested in the respective pre-defined asset allocation. Even in times of crisis, the following applies: only those who are fully or almost fully invested have the guarantee that they will also take all the good days and months that come unforeseenly, especially in these phases. Particularly bad days are often followed by particularly good days, and those who are not there then sometimes drastically reduce their long-term earnings opportunities.

We follow the challenging new situation with appropriate respect and analytical calculation in order to protect and increase your assets in the medium and long term in the best possible way.

As in any crisis, it is important to be sensible and not to panic. This is especially true if the virus should spread beyond the Italian borders into Europe. The news situation in the German-speaking world would then very quickly become much gloomier, the number of bad news stories from self-proclaimed financial prophets would increase dramatically. However, their general credibility would remain as low as ever, and they would, unfortunately, be listened to much more than usual during such phases. Investors who follow the call are usually freed from short-term suffering of further losses, but the price is often extremely expensive because they usually fail to reinvest in shares in time and leave significantly more lost profits by the wayside in the long run.

Should it become difficult to resist the temptation, we recommend solving the problem of self-control analogous to Ulysses in Homer’s story with the sirens. In order to resist the sirens’ song and not to be shipwrecked, he plugged his crew’s ears with wax and tied himself to the mast to avoid getting behind the wheel. Similarly, if things get worse, our advice is to avoid looking at your portfolio for a long time and avoid all financial news if possible. Experience and science have proven the positive effects of this approach several times. In the meantime, we keep our ears open for you and pay attention to the important signals and avoid the noise. As far as the singing of financial prophets is concerned, we are fortunately deaf by nature.

Estably is the first Liechtenstein-based digital asset management firm to offer world-class asset management through a blend of technology and human investment expertise. Thanks to the portfolio managers’ many years of experience in the field of value investing, the aim is to achieve above-average returns – starting at an investment sum of € 20,000. The aim is to make professional asset management, which was previously possible exclusively for major investors, accessible to everyone – in a convenient, transparent and profitable way.

The unfounded fear of price fluctuations

Fear is innate to all people and therefore a constant companion. Originally it served to protect people from danger.

The superiority of the stock investment

In the long run, returns on equities outperform the returns on all forms of investment such as bonds, cash, precious metals, or even real estate by far. 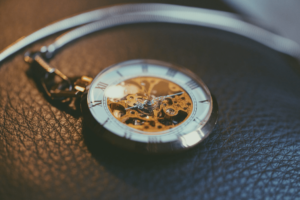 Good is not good enough for us

Wouldn’t you lose your belief in success if, after five years of negative performance, you were told that things would get better?