What happened in March ’19?

The first quarter of 2019 is already over again and the worries from quarter 4 of 2018 seem to have long been forgotten. Investors who have sold their assets in panic or distrust or who did not dare to reinvest will surely remember the worst stock market December since 1933.

Were we right in December?

You might remember: In December 2018 we wrote a small article about it, “The snow is trickling quietly, the markets are crashing loudly” and explained why we are staying invested – which is why we will even be looking forward to bargains. Fundamentally analyzed, many top companies had a nice Christmas discount. If you bought quality here, you could look forward to a full recovery in the share price. But enough advertising on ur own behalf – so what happened?

The short-term stock market movements suffered once again from the notorious Mr. Market. An irrational, emotional trader who is led by political anxiety scenarios. A market participant who speculates on price movements and believed that the charts would go even lower – stock prices would fall. Like Mr. Market, most investors have responded. Panic selling and speculation-driven security sales eventually led to global price declines. The avalanche started rolling. The oil in the fire was the Brexit debate, a slowdown in global economic growth and a trade war between China and the US. In addition, we keep hearing that the markets have been in an uptrend for so long that negative stock market years are inevitable.

Got off too late – got on too late

For most companies, the first quarter of 2019 meant publishing their annual financial statements or quarterly results. The prices on the markets had already fallen and now the results were presented. What did they see? The figures were often good, even excellent. Who knew about it? Some had anticipated this and remained invested. Some looked at the numbers and got back in. Those who still didn’t trust the market or didn’t know the numbers were at the bottom of the league. So they bet on the price development and then got back in again – after a large part of the recovery rally had been over. The speculator sold and bought. So he took losses with him and missed a large part or even the whole recovery – frustrating. And predictable. That’s why: Forget the charts. Stay invested as long as you are convinced of the company and its future growth. Not because of a feeling, because of the fundamental data. Of course, trust and expectation in the management, the owners and human factors also belong to it. But the entrepreneurs have also earned these through their previous actions and the skills they have demonstrated. You are welcome to read more about this in our whitepaper.

So if you ask us what the markets will bring this year, we’ll tell you: We don’t know – but everyone else doesn’t know either. So what we do is analyse, make decisions thoroughly and on this basis.

Our recommendation: Do not speculate on market developments, but invest with us – we would be delighted!

Estably is the first Liechtenstein-based digital asset management firm to offer world-class asset management through a blend of technology and human investment expertise. Thanks to the portfolio managers’ many years of experience in the field of value investing, the aim is to achieve above-average returns – starting at an investment sum of € 20,000. The aim is to make professional asset management, which was previously possible exclusively for major investors, accessible to everyone – in a convenient, transparent and profitable way.

The Right Mindset for the Next Crash

We don’t know when the next crash will come. Nobody does. What we do know is that a crash will happen again at some point.

We’re not pessimistic, just realistic. It’s a proven fact: Since 1950, the S&P 500 has seen double-digit declines on average almost every two years. 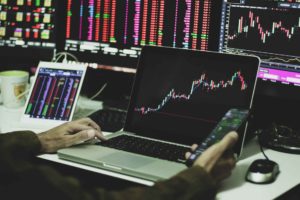 Macroeconomic and geopolitical issues are resulting in uncertainties and leading to higher volatility on the capital markets. 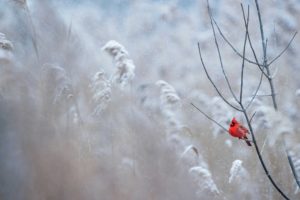 Is there still a year-end rally? Why we don’t care about this question, and why you shouldn’t care about it either, can be read in our little Christmas article: