"From the very first phone calls with Estably, I noticed an approachability that I wish I'd experienced in my professional life." 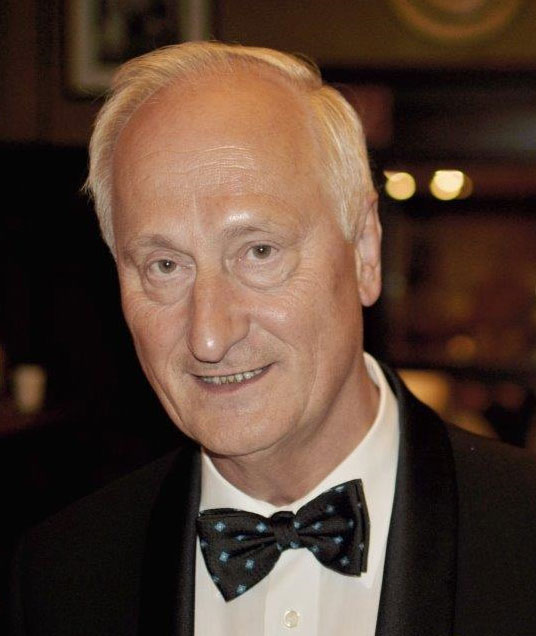 Nikolai Bukureschtliew is undoubtedly one of our most interesting clients. At the age of 20, he had to interrupt his mathematics studies in Sofia to flee to Germany. 55 years later, he sold Much-Net GmbH, the company he founded, to a NASDAQ-listed software giant from California. What happened in between, and what Mr. Bukureschtliew particularly appreciates about Estably, he tells us in this customer interview.
How did you come to found Much-Net GmbH after your studies in mathematics, which you continued in Cologne? After my studies, I took my first job at an insurance company in Cologne. Then I worked in a company for calculating retirement benefits for large German corporations in Cologne. In 1982 I decided to use my experience as a financial mathematician and IT specialist from the professional world and my studies to found my own company in Much, a small town near Bonn and Cologne. For the first few years, Much-Net GmbH was a consulting firm for insurance companies, investment companies, and banks. But when the German futures exchange (now EUREX) opened in 1989, we realised that there was a great need for the valuation of derivatives and bonds as well as for the provision of risk ratios. Since our team at that time consisted mainly of financial mathematicians, we took on the challenge of developing a solution for this. We finally succeeded in creating a product together with Dresdner Bank that was unrivalled in Germany at that time. We were able to win many private banks, asset management companies, and savings banks as customers. Business was good until the markets crashed in the early 2000s. Some of our clients had difficulties, we had to look for other markets. We expanded, our product was used internationally and the company grew to about 70 employees working in Bonn, Luxembourg, Frankfurt, and Bulgaria. In the last few years, we regularly received inquiries from companies that wanted to acquire our AG. Unfortunately, negotiations dragged on until a company from California came knocking in July 2020. You were active in your company for 38 years as managing director and chairman of the supervisory board. Looking back, what are the best memories of your time at Much-Net GmbH? A few points come to mind. For example, in 1993, the first customer for our product. An established private banker based in Cologne and Frankfurt, whom we were able to convince to use our software solution. That was a joy! Or 2001, when Thyssen Krupp decided to use our product in its treasury after only a short period of consideration. Thyssen Krupp was one of the largest groups in Germany at the time – a huge success for us! I also remember our first sale abroad in 1997. At that time we found a competent cooperation partner in Vienna who was able to win BAWAG as a customer for our product within three months. From the more recent past, I fondly remember the negotiations with the Californian software company that finally bought us after about 5 weeks. In contrast to European interested parties, these negotiations were a pleasure. Very uncomplicated, within 20 minutes they agreed on the selling price, and that by video call! I was still arguing my proposed selling price when they interrupted me and said “that fits” (laughs).

"I felt more comfortable with Estably's approach. Also in terms of risk, which is reduced because of the careful selection of stocks. You have to take all that into account when investing in stocks!"

How was the transition after so many years in business to a now more peaceful life as a private citizen? I was a little afraid that I would have too much time on my hands. But I’m really enjoying it now. I have almost no appointment stress anymore, I don’t have to comply with the wishes of clients, consulting firms or auditors… I am also very interested in music, now I can spend more time with music. After your professional career, you also had more time to take care of your assets. What was the deciding factor in the end that you chose Estably among the numerous providers? I read some comparisons and also made a test investment with a small investment amount with a well-known competitor. Unfortunately, the performance and transparency were very poor, so I had to continue testing. Of course, it helps to have your own tools at your disposal when making decisions. My analyses gave me the green light to try out Estably with an initial test investment. The first results with Estably were quite different. The investment strategy convinced me from the start, and in the telephone conversations with Mr. Wagner, I sensed an honesty that I would have wished from many other financial service providers in my professional life. The competitor was cheaper, but I knew nothing about the investment strategy and the current shifts in my portfolio. I felt more comfortable with Estably’s approach. Also in terms of risk, which is reduced because of the careful selection of stocks. You have to take all that into account when investing in shares!

"I remember an email from Estably informing me that a share was sold because the company was not performing as expected. I appreciate this transparency very much."

Hand on heart: did you have any doubts before concluding the asset management? I always have doubts (laughs)! That’s why I make test investments. But after about three months with a small investment amount, these doubts were removed. Test investments are a great way to get to know a provider in more detail for the first time. Later increases are always possible, which I then gladly made. Would you recommend Estably to others? If so, why? Yes, I am impressed by the performance, the careful selection of companies, and above all the transparency. I remember an email from Estably informing me that a share was sold because the company did not perform as expected. I appreciate this transparency very much. I have already recommended Estably to some colleagues. My daughter is also considering it and is currently having initial discussions with Estably.
Do you have any questions about Estably? We would be happy to answer them in a non-binding conversation!
Make an appointment

Tell us the date and time and we will get back to you! 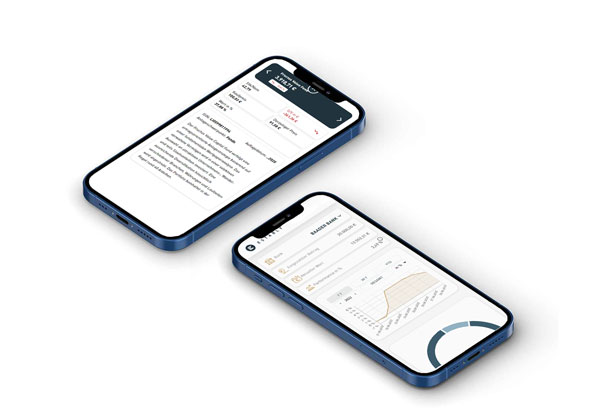 Thank you for booking your appointment!

We look forward to our conversation together. In the meantime, we recommend our current information brochure.
Read now
Haben Sie Fragen?